Growing My Own Fabric

The March issue of Popular Science has an article named “Cultured Couture: Susanne Lee Wants to Grow Clothing in a Lab.”  Included in the piece are instructions for growing your own microbial leather.  My reaction was to leap up and buy all the ingredients, because who wouldn’t want to make stuff out of an obscure substance you grew yourself?  It’s magic!  (Technically it’s science, but it sounds enough like magic to satisfy my need to pretend I’m a wizard.)

The primary ingredient in the recipe is a live kombucha culture, which I had never heard of.  According to a whole five minutes of painstaking research on the internet, kombucha is normally used to make a weird drink that will either make you immortal or kill you.  You can buy cultures on Amazon meant for brewing the kill-or-cure beverage.  The other ingredients are green tea, water, sugar, and organic cider vinegar. 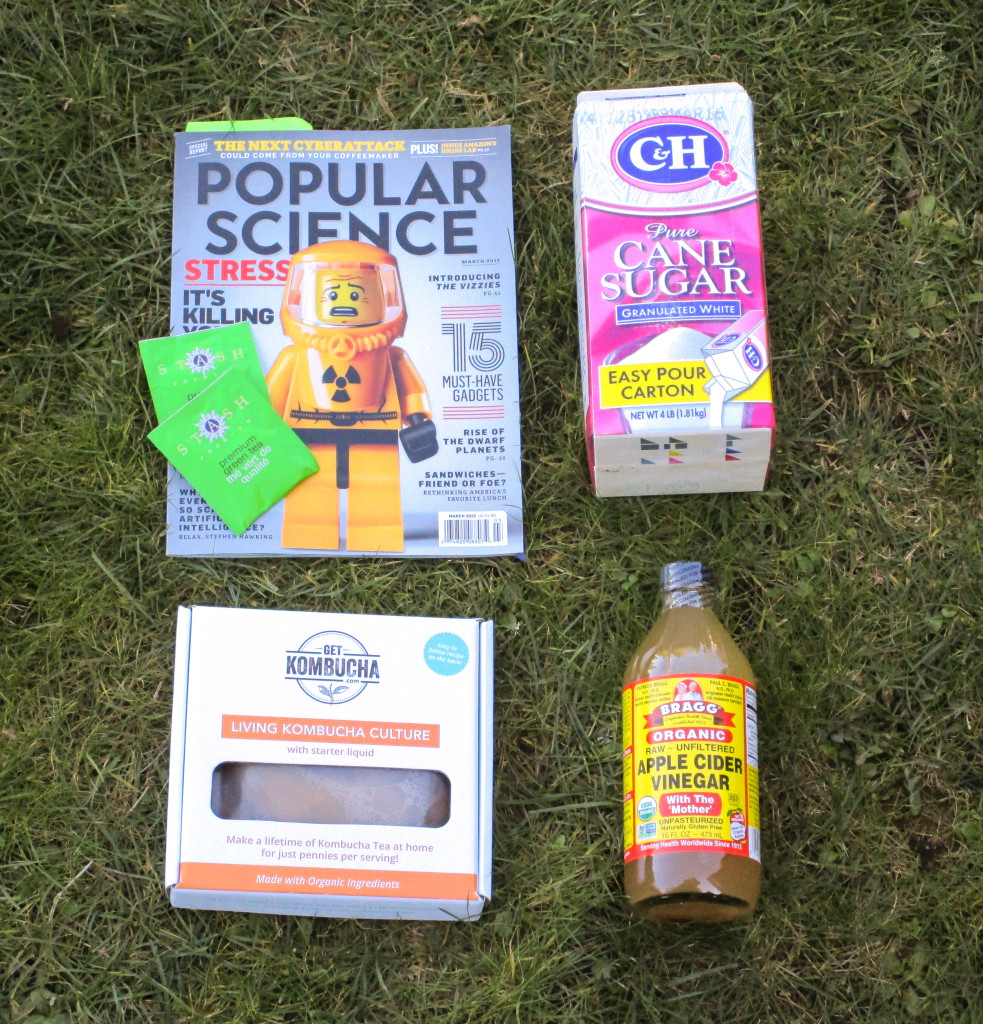 I know exactly how you feel, Lego dude.

The article only gave the bare minimum of instructions, and for some reason they gave the ingredient measurements in stuff like milliliters and grams.  I guess they assume you’ll be doing this in a lab instead of a kitchen?  My uncle, who is not afraid of numbers, helped me convert some volumes, and I had to experiment to get the rest.  According to my postal scale, seven ounces of sugar equals EXACTLY one cup.  Thanks for making it easy, Pop Sci!

Once you’ve boiled and dissolved and mixed and chanted and added eye of newt, you get this appetizing mixture: 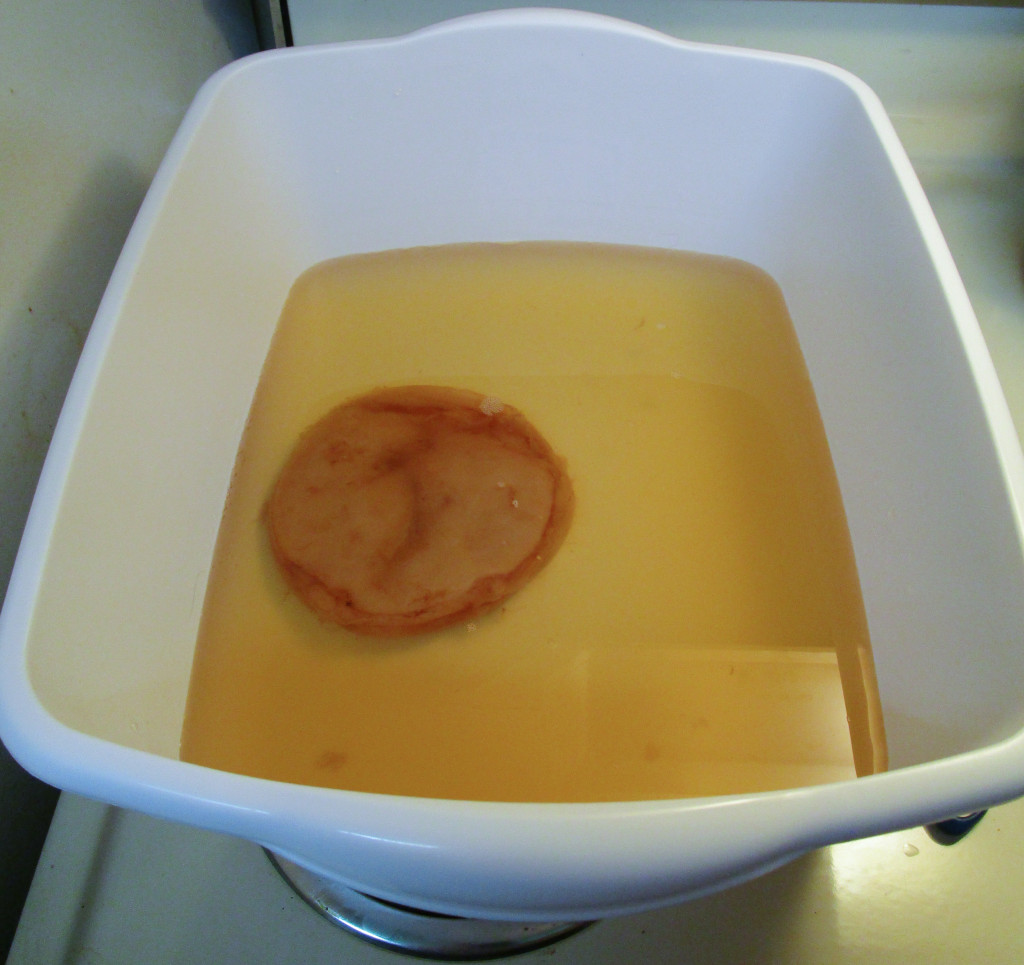 We named him Phlegmy. In about four weeks this will have formed a leather-like skin that—when dried—can be dyed and sewn just like any other fabric, assuming I did it right.  (And why would you assume that?  Are you new here?)  I’ll post updates if it starts to do anything interesting.